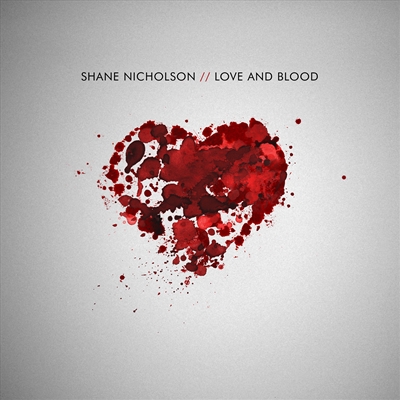 A Shane Nicholson album is always a gift. They don’t come along very often for two reasons, I think. One reason is that I think he prefers quality over quantity (as one should). The other reason is that he is so busy producing other people’s albums and writing for them that he just doesn’t have time to do his own. Matt Fell has taken over the reins here again and he is another one of our gems.

Shane’s last album, Hell Breaks Loose, was in my opinion, his best ever and indeed, one of my favourite albums in Australian Country Music History, in all of its 79 types. That one was going to be a hard one to beat. Along with the album just being absolutely brilliant, it was a very personal album.

Shane’s ability to throw in something that you aren’t expecting in a million years….(I thought that Louis Armstrong was alive and well on one track) and at the same time create images that we can all relate to and have our senses detect in all five ways, possibly six.

The Alt. Country/Americana scene in Australia is at its strongest ever and Shane is one of the leaders of the pack. Not only does he show this on his own albums but also with his many collaborations and it is evident in the people’s albums that he produces.

There’s a bit of everything on a Shane Nicholson album and this one is no exception to the rule. I’m not just talking about mixing up the genres of country music but the subject matter is also varied.

I was surprised reading a certain big time reviewer who called Hotel Radio “downright insipid”. I must be listening to a different song…..obviously with different ears. A similar remark was made about Busted Lip. Strangely, they are two of my favourite tracks on the album.

Most reviewers agreed that Shane is one of the most consistently good songwriters in Australia. Good? That is a bland word. I like unravelling a Shane Nicholson song, especially the ones with many layers, the ones that aren’t in plain speak. I like the way that a very country happy tune is a song called Song for a Sad Girl, for example. A lot of Shane’s songs are open to interpretation and I like that.

As I said earlier, his previous album was going to be hard to beat. I actually don’t think that you need to top one of the best albums ever produced in this country. Let that be that and this be this. It is an excellent album of songs that range in style and content.

The last song on the album is probably the best, All I know. All I know is that every time that I hear that Shane Nicholson does a concert or produces an album, I’ll do my very best to be there or to give the album a spin….and keep spinning them.

If you don’t like this, then you don’t have ears.

One Trick Pony (with Buddy Miller)

Song for a Sad Girl

Even if you were the one